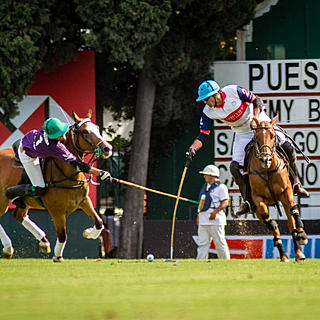 "Winning the Joe Barry is amazing"

Sterling Giannico won one of the most important 20 goal tournaments in Palm Beach with Tonkawa, and shares his happiness: "It is the most important tournament I've won," he told CLICKPOLOUSA. We need more winners like Sterling Sterling Giannico is a man polo in his blood. CLICKPOLOUSA interviewed him after he won the Joe Barry Cup with Tonkawa, and he shared his history with the sport, which started when he was young. At 24 years old, he has played in Santa Barbara, New York,